I Can’t Do This Alone

When tragedy strikes, we rarely see it coming. Without warning, our entire lives are uprooted into a trajectory of confusion and uncertainty. Where is God in the midst of this?

Laura Allen was in a sweet spot. She had been married to her husband Mark for twelve years and they had two amazing sons, ages 7 and 4. Mark was planning for the final interview of his dream job and the family was excited about the possibility of a life in the Bay Area! God had good things planned for them, right? 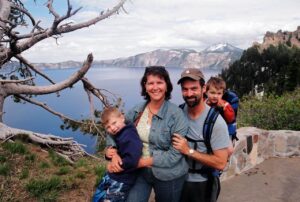 As the interview trip approached, Mark decided to go see his doctor – he had been having headaches. As they stared at the results of a MRI scan, they knew something was wrong. As it turned out, Mark had an 8cm brain tumor and would need to be in surgery as soon as possible. Trip cancelled. Dream job gone. Life in upheaval.

The surgery seemed to go well – a miracle! But twelve days later, Mark’s brain herniated, causing a massive stroke. He was put in an induced coma with a 10% chance of survival. When he came out of the coma, everyone declared “It’s a miracle!” Mark continued to fight and he lived for another 5 years, but was never fully healed. This blessing of extra time was not easy to navigate and meandered through a lot of darkness. Mark had no short term memory and his behavior became impulsive, erratic, and unsafe. Laura stayed faithful to the process and journeyed with her husband through 5 years of sickness and turmoil. After Mark died, Laura was left with anxiety, depression, signs of PTSD, and bitterness from unknowingly hurtful statements from friends.

Although Laura spent years in the church, with seasons of leadership, she didn’t know where to turn to process her grief and questions. As Christian friends tried to comfort, their words often hurt more than helped. The church did not feel relevant as she dealt with her loss. That is when Liz, a family friend for years, invited her into Theodyssey.

Theodyssey is not about gold nugget truths found in the curriculum. It is not about the perfect formula to unleash transformation. It is about authentic community journeying together through unmet expectations, honest questions and raw emotions. Here are a few examples of how Community was crucial in Laura’s journey.

Laura was not sure if she was ready as she was only 2 years removed from Mark’s death. If it wasn’t for her friendship with Liz, she most likely would not have signed up for Theodyssey. As it turned out, she could not even make it through one meeting without the anger flooding in. If Laura’s son was not upstairs, she would have snuck out the door, gone home, and never returned. But since she felt stuck there, she decided to express her thoughts:

“As I read the first chapter of the curriculum about how God has been seeking people throughout the Bible, I thought this was complete bullsh*t. I realized I didn’t believe any of it anymore.” 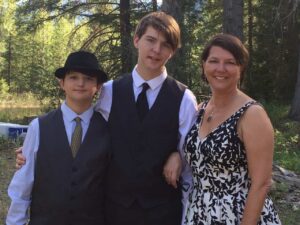 After years of church answers and memorized Scripture responses, she could not take it anymore. Laura assumed her passionate honesty would cement this as her first and last night in the group, but she was shocked by grace. Rich and Abby were in her small group and were instrumental in keeping her in the process. They sincerely listened, did not judge, and responded with a beautiful sense of humanity. They were instrumental in convincing Laura to continue on the journey.

The Night of Fresh Air

There were multiple conversations throughout the process that stirred up overwhelming emotions and poked at the rawness for Laura. One of those conversations was the discussion of God as a loving Father, which worked her to the point that she needed some fresh air. Here is how she describes that night:

“I had to get some oxygen so I went outside and Andy followed me. As I stood by my car hyperventilating, Andy said, ‘Let the F-bombs fly.’ My anger, fear, and bitterness came out because I not only had a place to express it, but also a community to help hold my grief.”

She would not have had the courage to push into such honest wrestling with God without community. She did not have to hide or sugarcoat. She brought her full self before God and others.

The last example that really stands out is during the weekend retreat.  This is about halfway through the 9-month journey, so trust and safety have been building for a few months. The richness of that weekend had very little to do with the content of conversation. After a few years or “holding it together” for the kids, Laura finally felt the space and freedom to open the floodgates of grief.

“The tears came in abundance, but instead of embarrassment, I felt relieved.  My friends loved me by sitting with me and letting me cry. There were no platitudes or pat answers. The most important thing they offered me outside of their presence was the sacrament of agreeing that the loss of my husband and my kids’ father was unacceptable. They didn’t tell me that God has a perfect plan in all of my grief and loss, yet I am now seeing how God can ‘redeem all things.’”

It was a beautiful tension of grace and support. That weekend was a huge milestone in her healing and would have never happened on her own.

The Beauty of Community

There is something sacred that happens in joining others in spiritual formation. Instead of having the entire time focused on her, it was vital to Laura’s journey to hear the raw emotions of others. Although her tragedy and questions were incredibly unique, the wrestling with understanding God in the midst of difficult circumstances was incredibly common.

“As I worked through my own relationship with God, I could also help carry the weight for other group members. It felt good to be able to give to the group as well as receive. The relationship became reciprocal.” 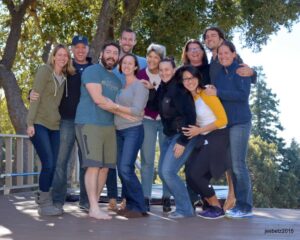 Community is so important in pushing through barriers to fully experience who God is, which is one of the beautiful things about Theodyssey.  Doing spiritual formation within the context of a group of people with a similar desire. We train leaders, create questions/prompts, organize environments, and invite desire. God does all the work as people join hands in honest exploration. Jesus is waiting to meet us in the beautiful mess of our faith journey.