The James Webb Space Telescope images give us a front-row seat to the wonders of Creation. The image below captures the Cosmic Cliffs from the Carina Nebula, located some eight million light years from earth.

What looks like jagged mountains and glittering stars is the edge of a massive, superheated “cavity” where stars are formed. This image’s tallest “peaks” are about seven light-years or 41 trillion miles high.[1] And this is one tiny speck hidden amid the heavens above.

Take a breath and pause for just a moment. This is truly awesome! 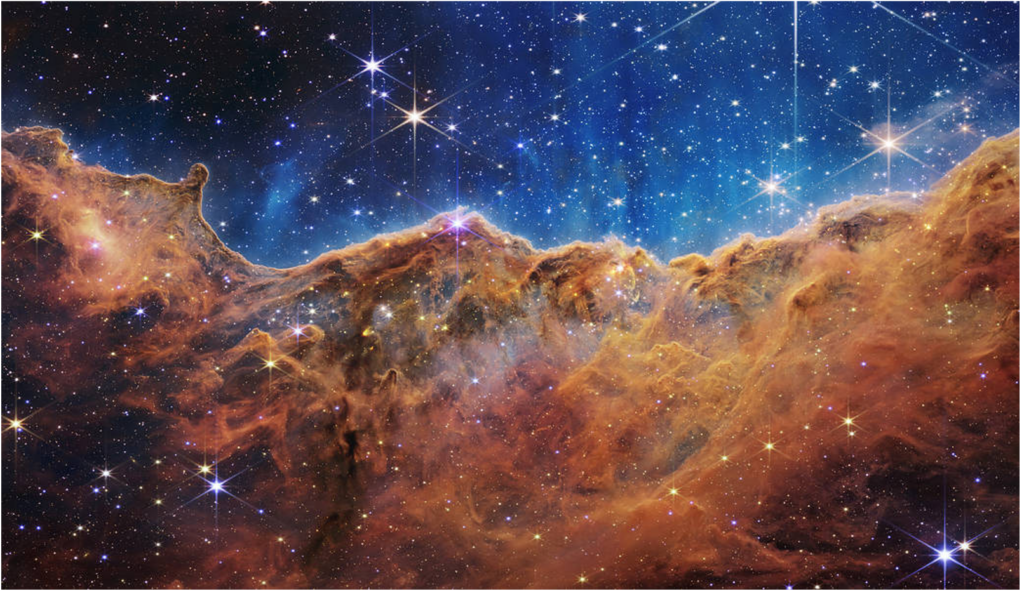 When an ancient, Middle Eastern king reflects upon the astonishing splendor of the heavens—a universe that we now know is about 40 billion light-years across— he poses a question that still boggles the mind some 3,000 years later: